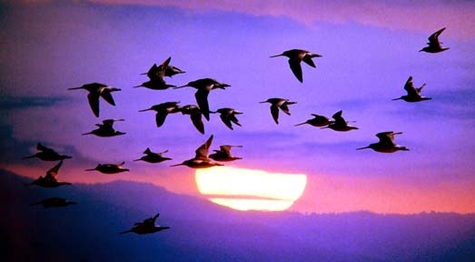 I wrote recently about impossible things being accomplished by simple means. When I was young, one of the seemingly impossible feats in the animal kingdom was birds that can navigate over hundreds or thousands of miles. Now we know it’s simple. Birds have a sixth sense. They can “see” Earth’s magnetic field just as easily as you and I can see light. Scientists have even found the magnetoreceptive cells and the neurons they’re connected to.

Tuck that wonder in your mind as I move to another front.

When you think about it, the ways we already enhance our capabilities are myriad. We extend our memories with pencil and paper. We strap ourselves onto bicycles and into cars to improve our efficiency of motion. We improve our eyesight with contact lenses, and our hearing with hearing aids. You could even say that a Google-equipped computer extends our brains to tap much of the accumulated knowledge of mankind.

That’s all great, but it only improves the senses and capabilities we already have, and only as long as we’re using the device in question. Transhumansists aim for more. They don’t just want to improve or repair what we have. They want to make us more than we ever were, and they want it to be permanent. 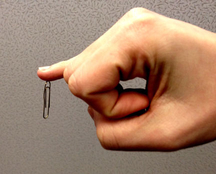 One of their first innovations has been to install in humans the magnetic sense that birds have. Well, not quite. So far, the results are primitive: just a piece of magnetic material in the finger that gives a tingle in the presence of a magnetic field. It’s not hard to imagine, though, where this is heading. How long until we have GPSs built into our bodies instead of our cars?

Do you think this is a good idea, or is it “playing God”?

If you favor the idea, what new senses or capabilities would you like to have?Here are some ideas to get you started.

What do you think?

This entry was posted in Inspiration, Mind/Body, Science and tagged Inspiration, Science, Transhumanism. Bookmark the permalink.