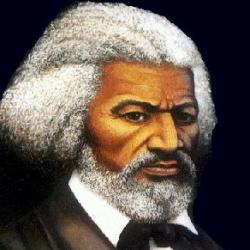 On July 4, 1852, Frederick Douglass delivered a riveting speech to the citizens of Rochester, New York. Douglass’s theme was white America’s hypocrisy in celebrating Independence Day while a seventh of the population was in chains.

I encourage you to read the full text here. It’s lengthy, but I promise that you will consider it time well-spent.

Slavery was the culture-war issue of Douglass’s day. Today, marriage equality and LGBT rights are front and center. I’d like to apply a portion of Douglass’s oration to these modern issues by excerpting a portion of his speech, interspersed with instructions that today’s conservatives give to LGBT people. Not every word of his applies, but most do.

Argue your case and be patient. Don’t offend us.

I will use the severest language I can command; and yet not one word shall escape me that any man, whose judgment is not blinded by prejudice, or who is not at heart a slaveholder, shall not confess to be right and just.

But I fancy I hear some one of my audience say, it is just in this circumstance that you and your brother abolitionists fail to make a favorable impression on the public mind. Would you argue more, and denounce less, would you persuade more, and rebuke less, your cause would be much more likely to succeed. But, I submit, where all is plain there is nothing to be argued. What point in the anti-slavery creed would you have me argue? On what branch of the subject do the people of this country need light?