Preventing Apostasy With the Argument from First Cause 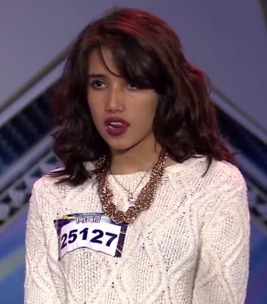 Last week on Ecuador’s Got Talent, an argument for the existence of God that I have often faced was in the news once more. Sixteen-year-old singer Carolina Pena had just finished her performance when a judge asked her, “Do you believe in God?”

Carolina replied that she did not “because God has not given me a reason to believe.”

To which one of the judges replied, “So what do you believe? Where did we come from?”

The ordinary person on the street finds that question very compelling. For academically oriented people who approach their faith in terms of apologetics, it seems to be the starting point. In formal terms, it is known as the Argument from First Cause. One form goes like this:

Almost two years ago, I posted on why every step of that seemingly airtight argument has at least one flaw. Now, in the run-up to my guest appearance at the AIIA Institute’s Fall Forum on Rejecting Christianity, I’d like to touch on some of the same points with an eye to the question that most people will bring to the Forum: How can we prevent apostasy?

When I was starting to have doubts, and was looking for good arguments to shore up my faith, I soon learned that the Argument from First Cause has been favored by defenders of the faith from Thomas Aquinas to William Lane Craig. In fact, its long history stretches back before Christianity, at least to Plato.

Yet my reaction on delving into it was: This is supposed to persuade someone? This is a favorite of the professional apologists? It is so uninformed, and so weak!

The argument is unaware of any developments in physics since Newton. There is no consideration of current theories of the multiverse, such as eternal chaotic inflation; nor of the fact that nearly 70% of the mass/energy of the universe is composed of dark energy, which is quite likely due to particle/anti-particle pairs that pop into existence without cause constantly. Heck, Lawrence Krauss wrote a whole book called A Universe from Nothing: Why There Is Something Rather Than Nothing. Brian Greene’s The Hidden Reality: Parallel Universes and the Deep Laws of the Cosmos suggests several plausible ways that we could find ourselves in this universe with no need for a god to cause it. Where is the engagement with these ideas?

Even if the Argument’s concepts of physics were not so uninformed, its conclusion would be much weaker than Christians seem to realize. Even if it proves something caused the universe, it doesn’t prove that thing is divine, nor that it is a “He”, nor that it has a sense of justice, nor that we have souls, nor that our souls will go to heaven or hell upon our deaths, nor that such outcome depends on whether we avail ourselves of the sacrificial death of the son of the universe’s first cause (whatever that would mean).

When I was in the throes of doubt, I was looking for arguments or evidence to keep me in the faith. The Argument from First Cause exemplifies the unsound arguments that I found time after time in the books of Christian apologists. A Christian friend said to me, “Why do you keep batting everything away?” as if the high quantity of lousy arguments ought to compensate for their low quality. On the contrary, all the poor arguments only damaged the credibility of those who made them.

So, returning to the question of how to prevent apostasy, in my case it would have been a good idea not to dilute good arguments (if there are any) with bad ones like the Argument from First Cause.

Next time, I will start to consider what the apologists had to say on the subject that got my questions started: evolution> I hope to share why their pronouncements did more harm than good when it came to preventing my apostasy.

This entry was posted in Atheism, Christianity, Freethought and tagged Apologetics, Apostasy, Christianity. Bookmark the permalink.