Our Dystopian Future as Immortals 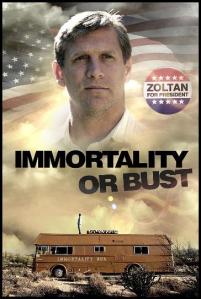 Zoltan Istvan was my favorite presidential candidate in 2016. He toured the country in a bus modeled to look like a coffin, with the message that death is a curable disease.

And it’s not just people on the fringe who are involved in the anti-aging cause. There is a sister company of Google called Calico whose goal is “tackling aging.”

Ray Kurzweil, inventor, senior engineer at Google and holder of 21 honorary doctorates, has written a book called Fantastic Voyage: Live Long Enough to Live Forever. At age 69, he expects technology to improve enough in his lifetime that he will live forever. (In the meantime, he takes extremely good care of himself!)

But hold on a second. While we’re waiting for Istvan, Calico, and Kurzweil succeed, let’s take a moment to ponder the possible dystopian consequences. 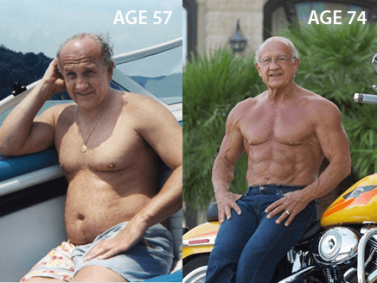 There are two possible outcomes, based on whether the technology of immortality is expensive or not.

If it’s available to all, then the obvious problem is overcrowding.

The more interesting problem arises when it’s available only to a few. Certainly, that’s the way it will start. You can already sign up with Cenegetics, whose most prominent spokesperson is pictured here before and after treatment, but it will cost you well over $10,000 per year.

If immortality becomes available only to the elite, we’re in for trouble. The “occupy Wall Street” movement protested the concentration of wealth in the top 1% of American households. Those protests were relatively tame. When the issue is not mere money but life itself, the 99% will justifiably be a lot more upset.

When the 99% seethe in resentment, what will life be like for the 1%? I overstated their situation when I said they will be immortal. They could still die in car accidents, or at the hands of murderers or angry mobs, or in floods or fires, or in any number of ways–just not from disease or old age. Faced with this situation, they are likely to guard their safety extremely jealously.

With so much at stake, these rich quasi-immortals will take every precaution. Think of all the measures that ensure the safety of presidents of the United States, yet nearly 1/10 of them have been assassinated. Clearly, the immortals will have to be even more careful. They will not drive or be driven, except in vehicles armored like tanks. They will not venture out in public except when accompanied by small armies of bodyguards. They will embark on no dangerous adventures. They will eat no food that has not been tested for poison. They will not permit their children, who will presumably share in their parents’ immortal future, to visit the families of the 99% or go to their schools.

In short, they will live the lives of cowards.

Could this be where we’re heading–a cowardly elite besieged by fuming masses?

Zoltan Istvan’s solution is to make immortality affordable and to guarantee a basic income for all. What do you think? Would those goals be even harder to achieve than immortality itself?

This entry was posted in Science and tagged Immortality, Science, Singularity, Transhumanism. Bookmark the permalink.

One response to “Our Dystopian Future as Immortals”