How to Assess a Website’s Trustworthiness – Part 5 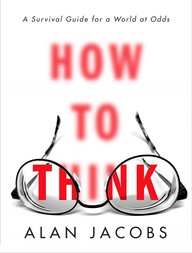 I wrote the first four parts of this series a year ago, but something I recently read in How to Think brought the subject to mind again so here is another way to separate the internet’s wheat from its chaff:

Rule #5 – Does the website engage with the best arguments of its opposition?

In a chapter of How to Think titled Repulsions, Alan Jacobs warns that animus toward our opposition “disables our ethical and our practical judgment.” We have such an emotional investment in believing that they are wrong that we harp on their weakest arguments and ridicule their most loony representatives.

This is unethical because we would not want the other side to do the same to us; it is impractical because, if we are really interested in finding the truth, we are wasting time on stupidities.

One of [our most important tasks] is to recognize the power of animus and [devise] strategies for overcoming it. One of the classic ways to do this is to seek out the best — the smartest, most fair-minded — representatives of the positions you disagree with.

To take a contemporary example, suppose you’re surfing the web as a member of the secular left. You click through to a website of your own tribe that is filled with articles that point to Bible-thumper, former child-molester, and current Republican senate candidate Roy Moore as an exemplar of their hypocrisy. As much as Roy Moore is an exemplar of Christian hypocrisy at its worst, that is exactly why we on the secular left should not attempt to make hay out of his bad example. Instead, we should sit and listen carefully to those who represent the best of the religious right.

For every Roy Moore, there is a Jeff Flake. Soon-to-be-former Senator Flake’s article in Politico exemplifies the fair-mindedness that we’re looking for:

Who could blame the people who felt abandoned and ignored by the major parties for reaching in despair for a candidate who offered oversimplified answers to infinitely complex questions and managed to entertain them in the process? With hindsight, it is clear that we all but ensured the rise of Donald Trump.

I will let the liberals answer for their own sins in this regard. (There are many.) But we conservatives mocked Barack Obama’s failure to deliver on his pledge to change the tone in Washington even as we worked to assist with that failure. It was we conservatives who, upon Obama’s election, stated that our No. 1 priority was not advancing a conservative policy agenda but making Obama a one-term president–the corollary to this binary thinking being that his failure would be our success and the fortunes of the citizenry would presumably be sorted out in the meantime. It was we conservatives who were largely silent when the most egregious and sustained attacks on Obama’s legitimacy were leveled by marginal figures who would later be embraced and legitimized by far too many of us. It was we conservatives who rightly and robustly asserted our constitutional prerogatives as a co-equal branch of government when a Democrat was in the White House but who, despite solemn vows to do the same in the event of a Trump presidency, have maintained an unnerving silence as instability has ensued.

Although we on the secular left may disagree with some of Senator Flake’s positions, I would be more than willing to listen to the arguments of such a fair-minded man.

To the point of this post, if a website were engaged with those arguments rather than wasting pixels using Roy Moore as a straw man, it would have my attention. (Some websites do both, and the water stays muddy.)