Were Some Biblical Slaves Merely Prisoners of War? 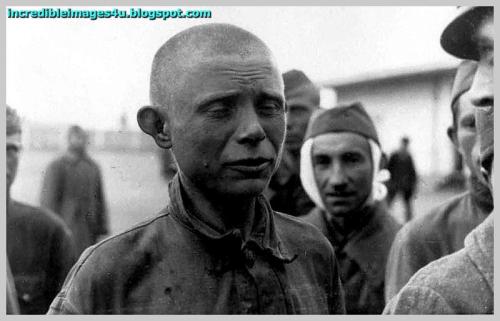 In a previous post, Was Biblical Slavery All That Bad?, I brought up passages from Deuteronomy in which God commanded his chosen people to enslave the citizens of distant cities. Some apologists have justified this as the mere taking of prisoners of war.

10 When you march up to attack a city, make its people an offer of peace. 11 If they accept and open their gates, all the people in it shall be subject to forced labor and shall work for you. 12 If they refuse to make peace and they engage you in battle, lay siege to that city. 13 When the LORD your God delivers it into your hand, put to the sword all the men in it. 14 As for the women, the children, the livestock and everything else in the city, you may take these as plunder for yourselves. And you may use the plunder the LORD your God gives you from your enemies. 15 This is how you are to treat all the cities that are at a distance from you and do not belong to the nations nearby.

In case that troubles you, here’s a rationale from the AIIA Institute:

BIBLE SKEPTIC: But why doesn’t the Bible just come right out and condemn slavery in so many words?

BIBLE ADVOCATE: Did you know that in the Old Testament, slaves were often prisoners of war? The law of Moses in fact served to regulate the care of slaves by their Hebrews masters, i.e. Exodus 21:20 and 26, Leviticus 25:40. Consequently, Israel never captured and sold humans as did the the Phoenicians and Philistines.

I would only point out that the prisoners in this passage (and other passages) were not prisoners of war in the sense that we understand the phrase today. To us, a POW is a captive in Viet Nam or Nazi Germany. Unless they were on Hogan’s Heroes, they were not happy campers but at least they got to return home after their respective wars ended. And at least they were combatants, not combatants’ wives and children. The captives described in the passages above are not prisoners of war in this sense. They were ripped from their homes and permanently enslaved. That’s not the same thing.

Perhaps the AIIA will say that my definition of POWs is too narrow. They may say that the distinction between POWs and slaves was not always clear in ancient times.

That’s true, but it’s too late for them to make that objection. After all, they were the ones who emphasized the distinction in the first place! By responding to Mr. Skeptic with, “Did you know [Old Testament] slaves were often prisoners of war?” Mr. Bible Advocate implies that being a POW in Bible times was somehow less bad than being a slave. Mr. Skeptic has never thought of it that way, and lets the conversation move on. Mr. Bible Advocate thus succeeds in dodging the fact that in Bible times being a POW did nothing to reduce the misery of slavery. In fact, it added to it, for the slave’s loved ones were probably recently exterminated, as in the Bible passages cited above.

In summary, biblical slaves were POWs only in the loosest sense of the term. Furthermore, under that loose definition, being a POW was worse than being a slave, not better.

What about the rest of the AIIA’s paragraph? Was the care of POWs/slaves “regulated”? That, dear reader, merits another post. I invite you to read on.

This entry was posted in Beagle's Barks, Religion and tagged Apologetics, Bible, Slavery. Bookmark the permalink.

17 responses to “Were Some Biblical Slaves Merely Prisoners of War?”