Geocentrism and Free Will The first topic I wrote about in this blog was artificial consciousness. The last post, with its pictures of watches, has me thinking once more about the mechanisms of thought.

Everyone agrees that we think with our brains, but most people believe that there is more to thought than the mechanistic interactions of atoms in our skulls. After all, they argue, we have free will (what could be more obvious?). Nothing that operates solely by the laws of physics could result in free will, so there must be something more — a non-material spirit that superintends our thoughts.

As an aside, I note that some have argued that the randomness of quantum physics gives enough wiggle room in neurochemistry to allow for free will. I don’t buy it. What could be less free than randomness? Randomness might leave room for insanity, but not for the rational free will that most people feel they have.

What most people mean by free will is that they have a free choice in a given situation, and they could truly take one action or the other.

I suggest that there is no evidence for this beyond our strong feeling that it’s true. How could there be any evidence? Once we’ve made one choice, the other is forever unavailable, because that moment in time, with all its conditions, will never exist again. It is beyond the reach of any experiment.

In fact, there is evidence that we do not have a non-material spirit that is able to affect the physical world. I’m thinking of prayer studies, which have failed to demonstrated that prayer has any effect.

We feel that we have free will, but feelings do not constitute reliable evidence. After all, the feeling of knowing is merely a brain state. As I related here, that brain state can be induced by means ranging from drugs to self-delusion. We all know people with strong feelings who are dead wrong. 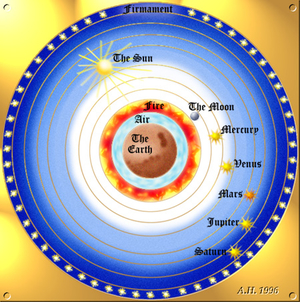 What makes our feeling of free will so hard to shake is that we are in the middle of it. I am reminded of the geocentrists of old (and today!) who, living on a giant ball hurtling through space at almost 67,000 miles an hour and spinning at 1,000 miles per hour at the equator, were absolutely convinced that the ball was not only stationary, but immovable. (I do not mean to insult anyone who believes in free will. I only mean to say that I see a similarity with belief in geocentrism, which I am about to explain.)

How could geocentrists be so certain? It was because they were on that giant ball, moving with it. Plus, their bodies had evolved to be acclimated to the movement. If survival had depended on evolving sense organs that could detect movement through space, either they would have evolved or we would not be here to know that they hadn’t.

Because they lived on Earth, geocentrists had no clue that it was at the mercy of gravitational forces that were slinging it around faster than anything they had ever conceived of.

I think it’s the same with our perception of will. Because we are glued to our thoughts, we don’t realize that they are at the mercy of the laws of physics. We think we are the center of our will, when in reality we are just part of a much larger, possibly centerless, whole.

This entry was posted in Freethought, Philosophy and tagged Emergence, Evolution, Free Will, Science. Bookmark the permalink.

5 responses to “Geocentrism and Free Will”