Why the Big Bang Does Not Imply a Creator

If nobody is around and there’s a Big Bang, does that mean Someone clapped?

Where I come from most people would say yes. As Robert Jastrow famously put it:

Consider the enormity of the problem. Science has proved that the universe exploded into being at a certain moment. It asks: What cause produced this effect? Who or what put the matter or energy into the universe? And science cannot answer these questions…

For the scientist who has lived by his faith in the power of reason, the story ends like a bad dream. He has scaled the mountain of ignorance; he is about to conquer the highest peak; as he pulls himself over the final rock, he is greeted by a band of theologians who have been sitting there for centuries.

I’ve been reading Brian Greene’s book, The Hidden Reality: Parallel Universes and the Deep Law of the Cosmos. What a talent that man has for explaining things!

He points out that even in light of the Big Bang, it’s quite possible that the universe is both infinite and eternal. “But wait!” you say. “The Big Bang means there was a beginning, doesn’t it? And how can the universe start from a point and become infinite after only 13.7 billion years?”

While the Big Bang may have been the beginning of our universe, it could have been just one of an infinite number of Big Bangs in an eternal multiverse. The multiverse may be infinitely large and infinitely old. 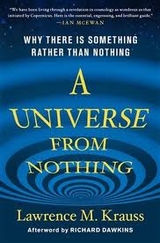 There was a time when I thought the multiverse was just a wishful invention of scientists who were looking for any scenario that did not require a Creator God. However, as both Brian Greene’s book and Lawrence Kraus’s book, A Universe from Nothing, explain, multiverse scenarios are a natural consequence of the known laws of quantum physics.

Nor are these untestable speculations. You may have heard in the news recently that one key component of most multiverse models, known as cosmic inflation, has received stunning empirical support.

I like this continuation to Jastrow’s story from the Skeptic’s Play blog:

After staying a while to share some stories with the theologians, the scientist begins to explore the surrounding area. Soon he realizes that the mountain goes much higher, but the path is poorly marked and obscured in fog. He points it out to the theologians, but they cannot see the markings.

“How did you get this far?”

“Can God guide you further?”

They cannot agree amongst themselves. Some declare they are already at the peak. Others speculate that there is no peak, and thus no reason to continue. Still others say, “Yes, God will guide us,” and begin to wander in the direction pointed out by the scientist, to become forever obscured in the mist.

The scientist prepares to leave, bringing only a few theologians with him. He slowly continues to scale the mountain, meticulously checking every rock, and occasionally backtracking for days at a time.

Those would not be the last theologians he would pass by.