If you’re just joining my story, here’s a quick catch-up. Once upon a time, I was an evangelical Christian. Although I was not a die-hard creationist, I considered creationists to be “my team” and evolutionists to be the godless “other team.” I trusted creationists because they were fellow Christians, and conservative ones at that. A decision my wife and I had to make forced me to investigate the creation/evolution issue more closely.

I hope the last few posts have given you a window into why I was appalled at how dishonest the creationist arguments turned out to have been. Now I’d like to give just a glimpse into the sort of arguments that I discovered on the side of evolution.

Most remarkable was the way completely independent lines of evidence all pointed to the same conclusion.  This graph is an example. It’s from the book that opened my eyes to the power of the evolutionary explanation for life, Scientists Confront Creationism. 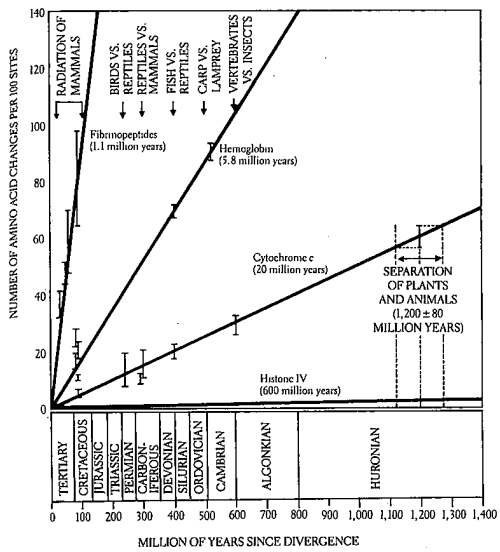 I’ll walk you through it, and then I’ll say why I found it so compelling.